I will save the big Loiblpass ride for another post. I’m still juggling a few possibilities for that day. After I ride the Tre Cime climb, I will leave Dobbiaco that night, and stop at Sutrio, which is just about half-way between there and Maiernigg. Sutrio is on the Eastern side of the most feared climb used in the Giro d’Italia, the Monte Zoncolan. So that I can hopefully still get to Maiernigg the next day in time to visit the Häuschen (open Thursday-Sunday, 10-1), I will get up as early as it is light to ride the Zoncolan. My route will be rather short, but there’s no getting around that this will be a hard climb. I am however, bringing some ridiculously low gears, so even with extended 15% gradients, I should be able to manage. It’ll just be slow. It is possible to climb the Zoncolan from Sutrio, but it is a much easier approach, and thus, not the “real thing.” Instead, I will ride over the pass at Ravascietto, which would be a decent climb in other contexts, and where I will also look longingly at the turn-off for Monte Crostis, another infamous climb. From there I ride south to Ovaro, where the real climb begins.

The internet is already chock full of commentary on the Zoncolan, so I won’t add my own uninformed musings here. Instead, I will direct you to this nice video from the Col Collective.

Assuming I can get to the the composing hut in time after the Zoncolan, I will stop there before continuing up the Loiblpass to stay at Gasthof “Deutscher Peter,” an establishment mentioned the Baedeker guides Mahler used and which had already been in operation for a long time. The next day, May 14, is the day for the Loiblpass ride. The day after, I leave for Ljubljana in the morning, and will present my lecture on Mahler and cycling at the University (hosted graciously by Gregor Pompe). Two days later I will lecture on Darmstadt for the class of Steven Loy, an American conductor living in Slovenia, and who helped me make most of the initial connections in Ljubljana.

In between, on the 16th: If weather makes riding impossible on the 14th, I will try again for the Loiblpass ride. But if not, I have (at the suggestion of David Josephson) planned another fun ride leaving from Ljubljana. I will ride east along the river along the river Sava to the tiny village of Konjšica where the conductor Carlos Kleiber made his home and where he is now buried. And what do you know? There’s a huge climb from the river up to the village! The climb is 2.5 KM at 10%, likely with some much steeper stuff in the middle (but that could be the result of bad GPS data from google). Based on this comparison, it will probably be similar to Pack Monadnock in New Hampshire. Although, to make it a true pilgrimage, I should probably drive an Audi A8, not my bicycle. 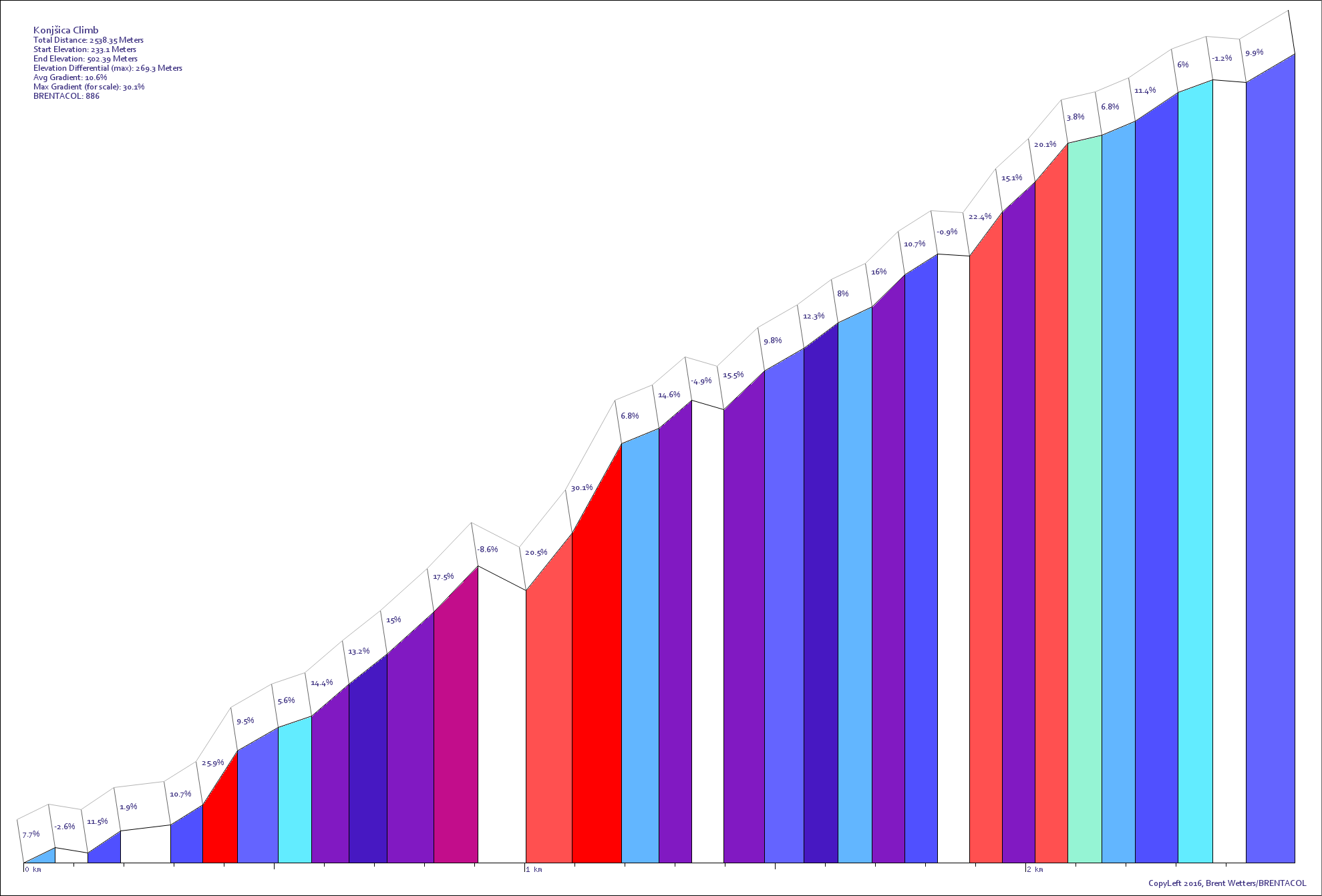