If all goes as planned with my flights, I should arrive in Venice by 8:30. Assuming my bike arrives intact, I would hope to get to my car rental and be on the road by 10:00. Google maps estimates the drive at only about 2:30. The question of course is how much energy I’ll have left at that point, but even with a quick nap, I hope I can make it out for a quick ride that day and visit the Komponierhäuschen.

[route removed, but you can probably still find it on ridewithgps if you wanted]

There are two decent climbs on that route. They both go up the ridge of hills on the northern side of Toblach, where there appears to be a bunch of mountain resorts and the like, but very few through roads that would go up to the border with Austria. The first—I’m calling it the Ratsberg, though one never knows if there’s a preferred local name—is the longer of the two. 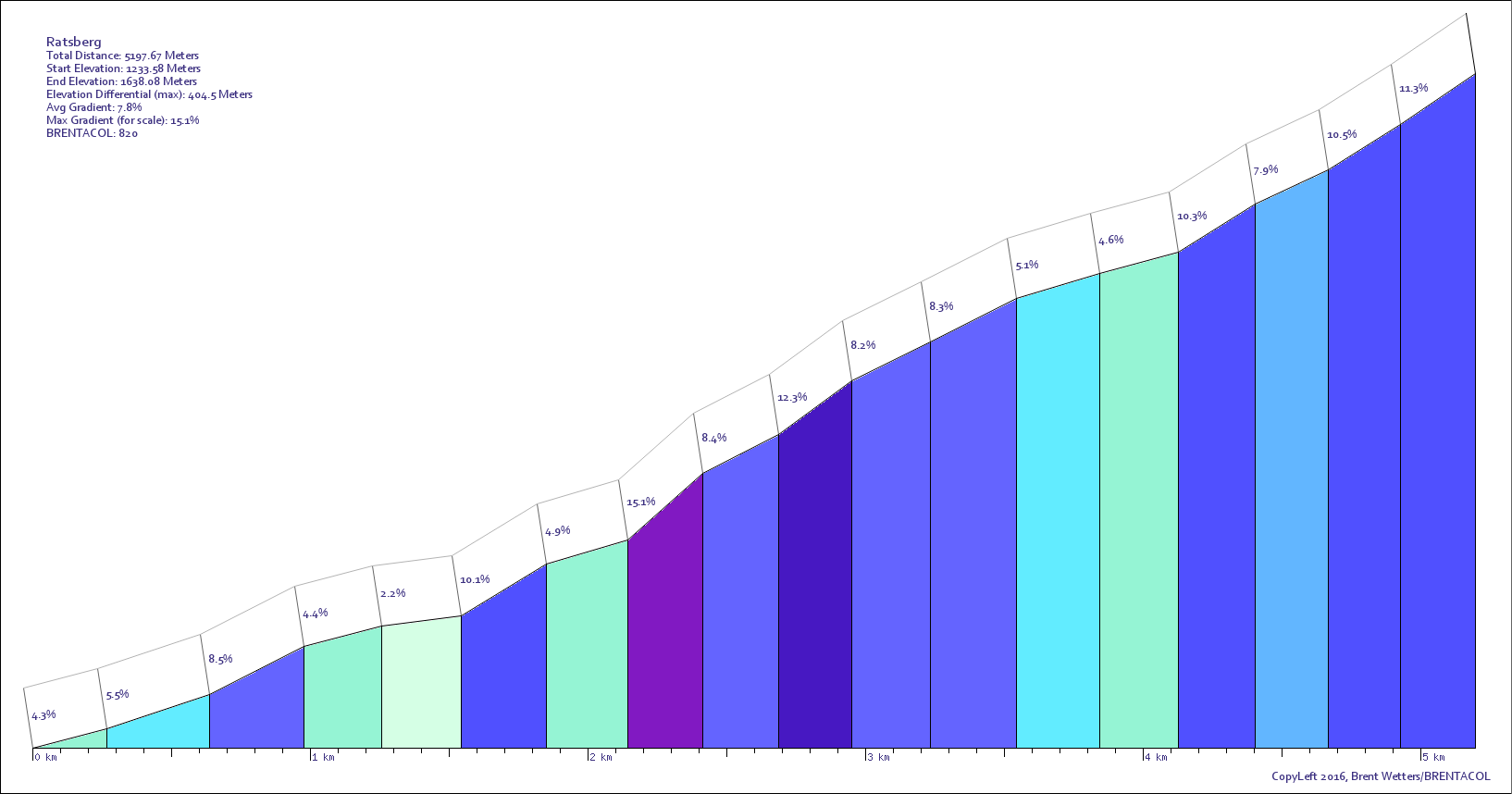 This hill is going to hurt with jet-lag. It would be roughly comparable to the easy (western) side of Lincoln Gap, which is far from an easy climb. But with easy gears, I should manage it. It’s also an out-and-back (up-and-down?) climb, so I suppose I can cut it if I’m really not feeling up to the task.

The next climb goes up from the neighboring town of Niederdorf (Villabassa). (You’ll notice by the way, that all of these towns have both German and Italian names. The Italian names were applied during the Mussolini era for nationalistic reasons. From what I can tell, they’re used interchangeably and German is spoken almost as much as Italian in these parts.) The road name on Google maps, however is Montecosta, so that’s the name I used for the climb. According to the brentacol ratings, this one might actually be harder. 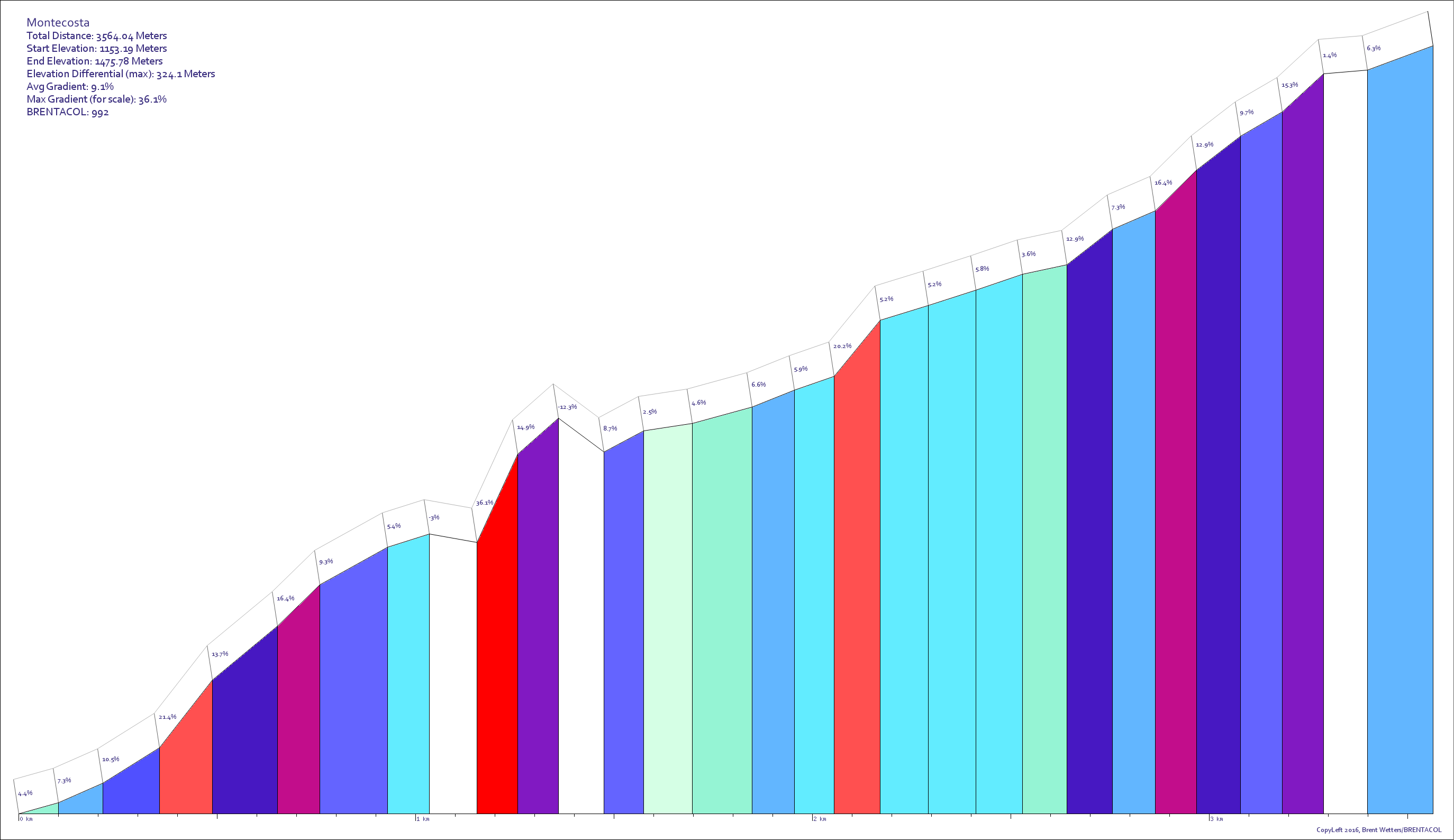 The 36% gradient (which would have a pretty significant effect on the ultimate rating) is almost certainly bogus. But even so, the hill tracks the Eastern (hard) side of Hurricane Mountain pretty closely, and that is a truly nasty climb.

And finally, here’s the short climb up to the composing hut. 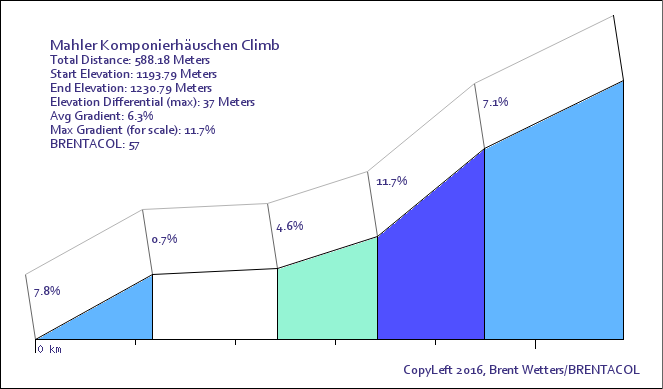