Today’s ride out in Western Connecticut had all the makings for a failed ride, well except for the beautiful weather:

First up on the new route, I rode up from the State Park to West Cornwall. Just after the intersection with Rt. 128, I took a left on W. Cornwall Road. This road shoots up pretty steeply, but doesn’t last that long. But just before the crest of the road, Google Maps indicates that there is some sort of road that goes straight up the mountain. I figured I had about a 10% chance of being able to do this road. It looked like it was either dirt, private, or both. You can see a building at the top of the road, which appears to be a fancy-schmancy house with a swimming pool. But when I found the right road, it turns out it was paved after all. But it was private. It actually appears to be a single-use driveway. So whatever filthy-rich person who lives up there spends a lot of money on snow removal in the winter. In the end, I didn’t attempt it today. For one thing, while there was no “no trespassing” sign, there was an electrically controlled gate. Also, there were leaves completely covering the road, which probably indicates there was no one home, but also might have posed some problems on the descent, especially considering I didn’t have a helmet. But, since it is, technically, a ridable roadway, this road is probably the hands-down hardest hill in CT, even though it isn’t a full mile and seems roughly on par with Mount Tom or Kingsley Hill Road: 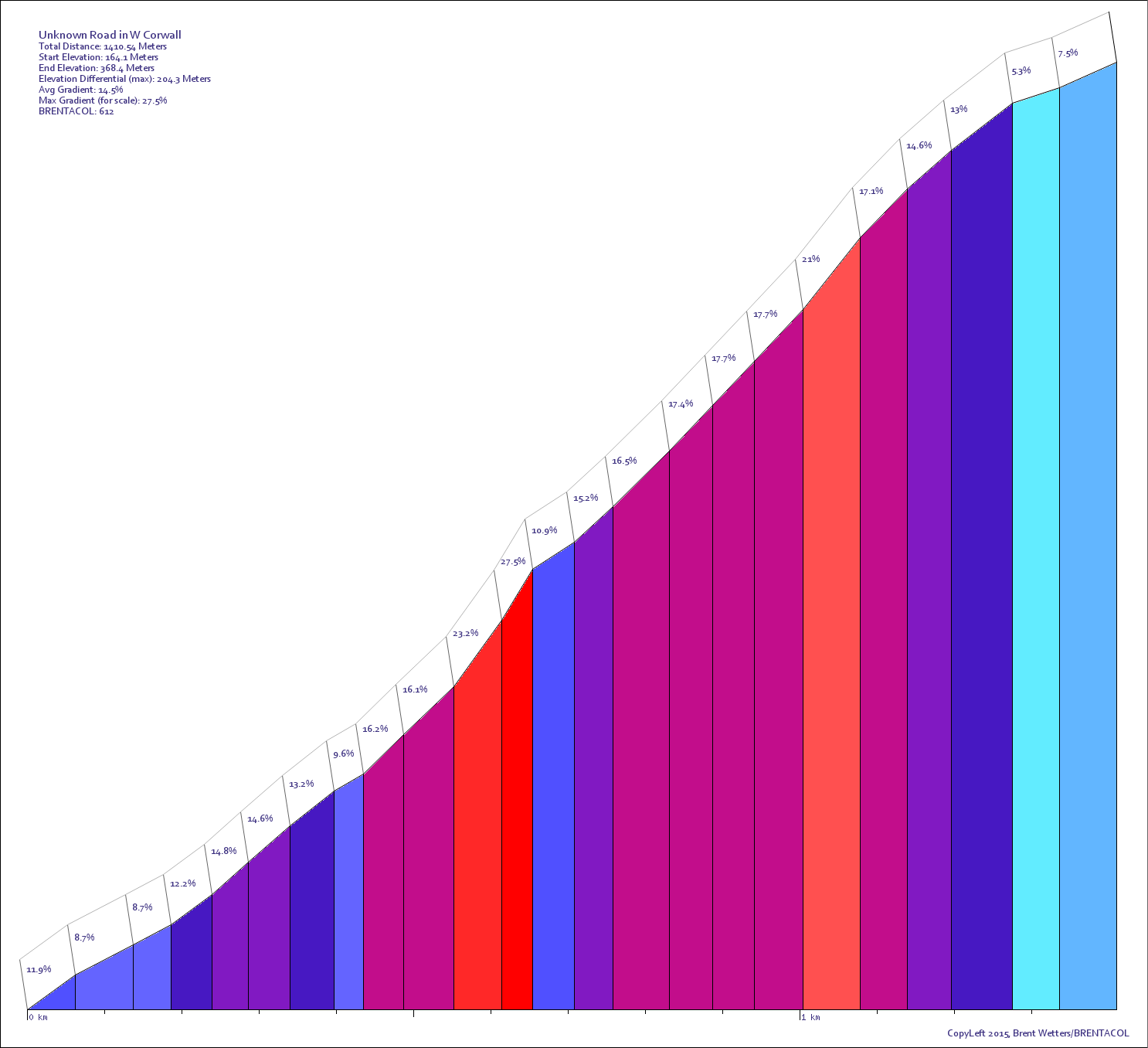 Next up, on the revised loop was Music Mountain Road. It’s a nice long hill, with some steep sections. The last half is the North side of Cream Hill Road:

From there I went down the South side of Cream Hill Road, and since I wasn’t feeling great, and the part of the route I was least sure of was the last half down by Flat Rocks Road, an I didn’t really feel in the mood for gravel, I decided to turn around and go back up the South Side, which has two incredibly steep sections near the bottom, but the top half is much more reasonable: 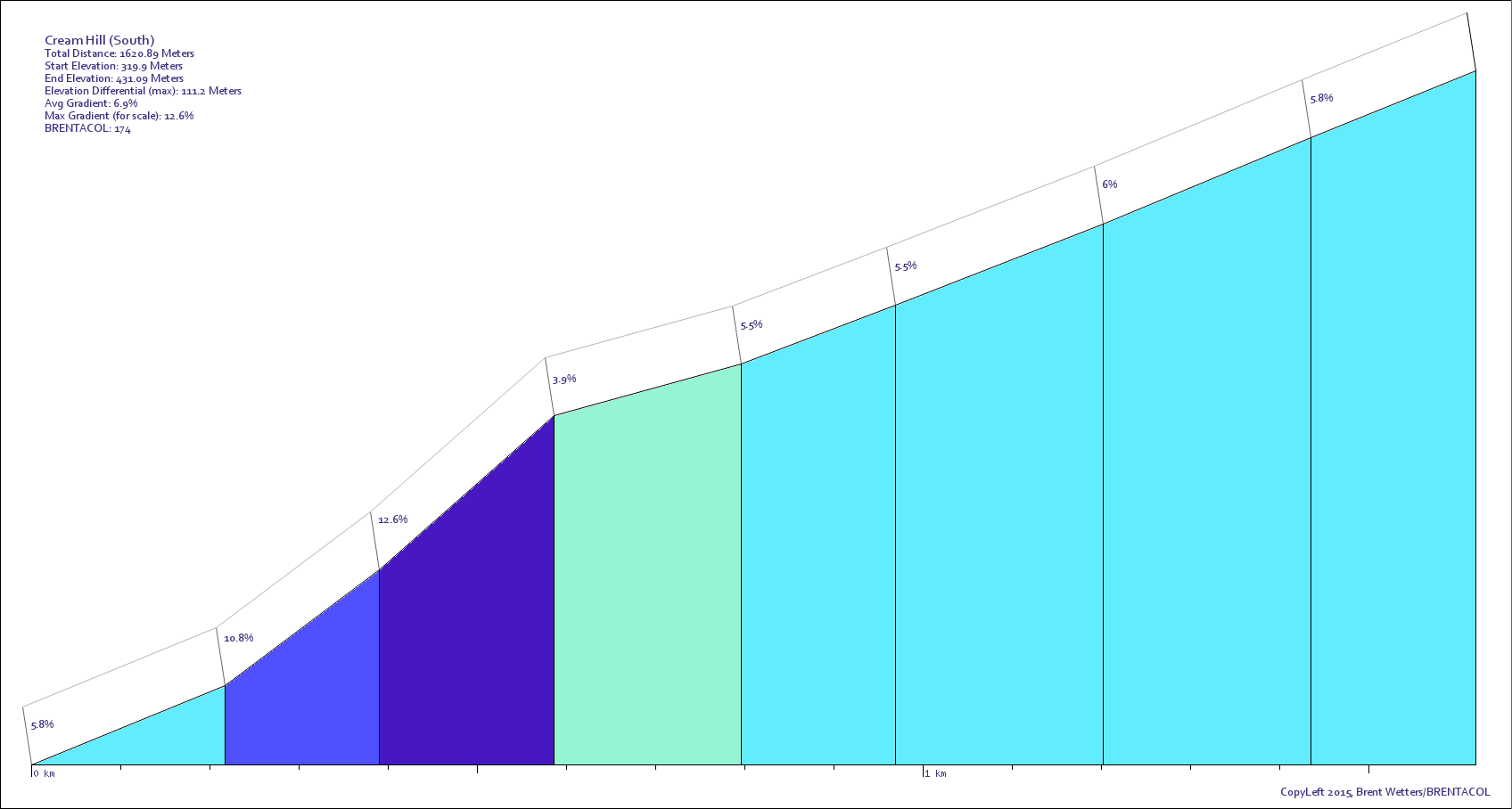 Then I rode up Dibble Hill Road. The last section is really, really tough. And then I did Dudleytown Road and Dark Entry. None of those have gotten easier since the last time I did them. The good news is, however, that the loop around Cream Hill Road is a perfectly acceptable replacement for the Swaller Hill section that turned out to be a dead-end last time.